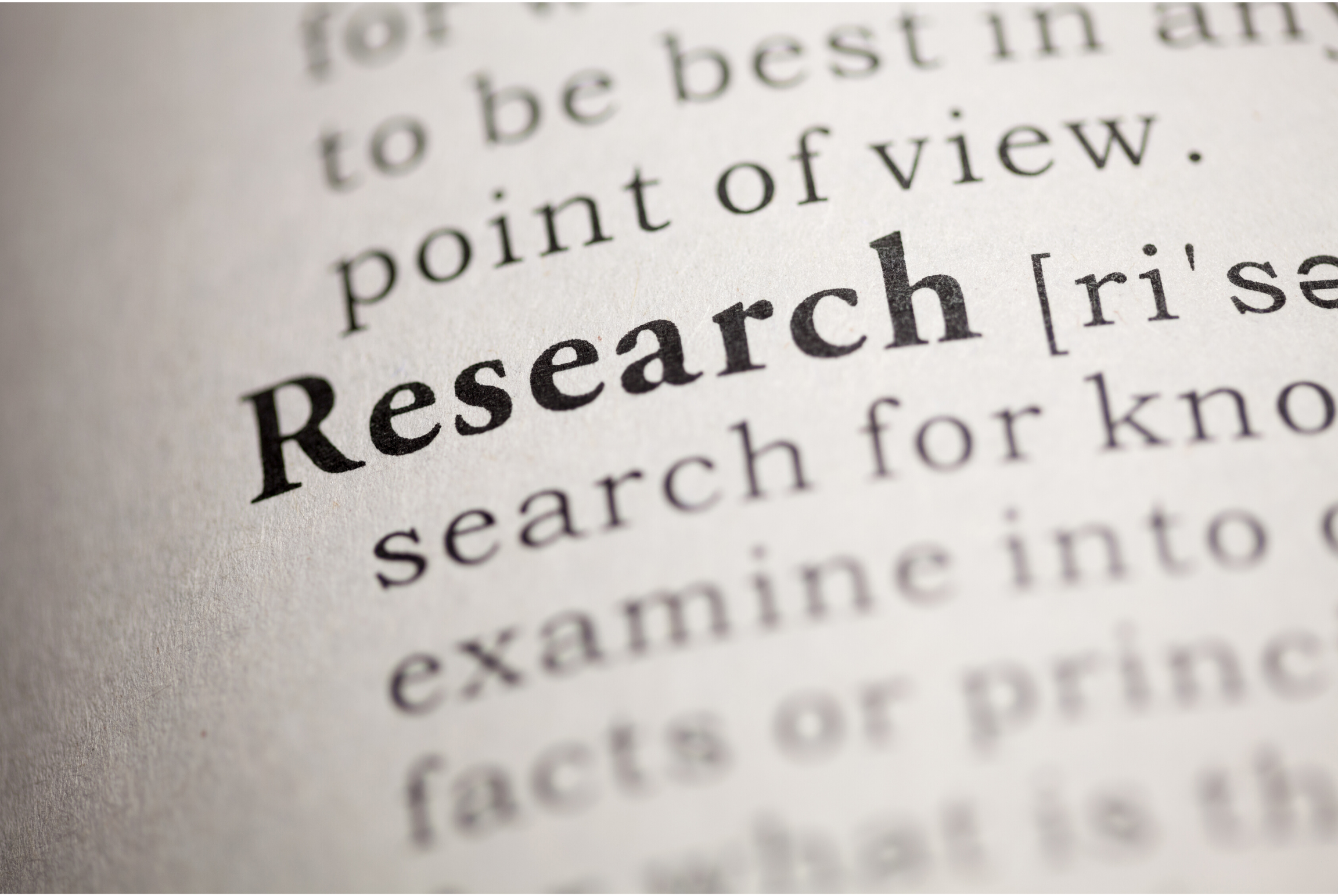 CI Research at a Distance: a Post-Covid challenge

Translational research has driven progress in cochlear implantation. As well as disrupting clinical services, the manner in which research is prioritised, commissioned and executed will change very significantly post-Covid19. What is the appearance of this new research landscape and how should cochlear implant professionals adapt themselves for it? The webinar will consider what the key research priorities for CI now are and how research platforms may be mobilized to address them.

Watch the presentations from this webinar here.

Deborah Vickers PhD is a Speech and Hearing Scientist and the Principal Investigator leading the SOUND Lab at the University of Cambridge, part of the Cambridge Hearing Group.  She has extensive research experience in auditory psychophysics, speech and language development in children and developing electrophysiological measures to guide remapping and understand brain changes in cochlear implant users.

Deborah has been instrumental in updating the NICE guidelines on cochlear implant candidacy in the UK and hosts the Translational Auditory Research Group (TARG) bringing together clinicians and researchers in hearing to maximise the impact of the SOUND Lab research programme.Her research programme is funded by a Medical Research Council Senior Fellowship in Hearing (MR/S002537/1) 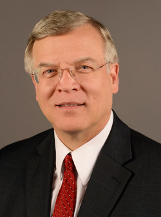 Bradley Welling, MD, PhD, FACS: Dr. Welling is the Walter Augustus Lecompte Professor in the Harvard Department of Otolaryngology Head and Neck Surgery and Massachusetts Eye and Ear and Massachusetts General Hospital. He received his MD from the University of Utah, his residency in Otolaryngology-Head and Neck Surgery at the University of Iowa, and fellowship in Otology, Neurotology, and Cranial Base Surgery at the EAR Foundation in Nashville, Tennessee. He completed a PhD in pathobiology at The Ohio State University. Dr. Welling has a long-standing interest in finding better treatment solutions for NF2. He and his collaborators have defined phenotype-genotype relationships, characterized the promoter region of the NF2 gene, and contributed relevant pathway mechanisms for merlin-deficient tumors. He has conducted and participated in multiple clinical trials intent on finding better treatment options for NF2. He has published 150 peer-reviewed scientific articles and 33 chapters.  His clinical practice focuses on the surgical treatment of cranial base tumors and on hearing preservation and restoration.   Dr. Welling has served on the Board of Directors of the American Board of Otolaryngology Head and Neck Surgery and the Residency Review Committee of the Accreditation Council on Graduate Medical Education (ACGME).  He served as President the American Otologic Society, the American Neurotologic Society and is currently President of the US group of the Collegium Oto-Rhino-Laryngologicum Amicitiae Sacrum (CORLAS). He also serves as the inaugural Editor-in-Chief of Laryngoscope Investigative Otolaryngology.

Kevin is Ewing Professor of Audiology, Director of the Manchester Centre for Audiology and Deafness (ManCAD), Deputy Director of the NIHR Manchester Biomedical Research Centre and theme lead for Hearing Health. He is an Honorary Consultant Clinical Scientist at Manchester NHS Foundation Trust.

He is a state registered clinical scientist with experience in all areas of adult and paediatric assessment and rehabilitation. Before entering academia, he was an audiology healthcare professional and worked at a variety of locations across the UK including Edinburgh, Aberdeen and Southampton. He has spent extended periods of time at the University of Western Ontario, Canada, and the University of Auckland, New Zealand.

Rachel Haines is a clinical trialist, with a background in translational hearing research. She currently works as a Senior Trial Manager at the University of Nottingham Clinical Trials Unit, where she specialises in the design, delivery and reporting of Randomised Controlled Trials. Her current portfolio includes the oversight of Stage 3 and 4 interventional, surgical, device and drug trials.

Dr Teresa Y.C. Ching, PhD is Head of Communication Sciences Department and Pediatric Hearing Impairment research at the National Acoustic Laboratories in Australia. Her current research focuses on investigating the effectiveness of early hearing aid fitting or cochlear implantation for improving outcomes of children with hearing loss at a population level, and determining factors influencing outcomes. Her research also encompasses evaluation of sound detection and discrimination in infants and adults with hearing loss or auditory neuropathy spectrum disorder using cortical auditory evoked measurements and subjective reports; prescription of hearing aids and electric-acoustic stimulation (bimodal fitting) for children and adults. Teresa is leading longitudinal, population-based studies that examine the outcomes of children with permanent childhood hearing loss. She has published more than 140 peer-reviewed manuscripts. She is regularly invited to deliver keynote presentations at international conferences. She serves on the editorial boards of international journals.

René H. Gifford, Ph.D. is a Professor in the Department of Hearing and Speech Sciences with a joint appointment in the Department of Otolaryngology. She is the Director of the Cochlear Implant Program at Vanderbilt University Medical Center as well as the Cochlear Implant Research Laboratory. Her research has been NIH funded since 2002 and investigates basic auditory function and spatial hearing abilities for individuals using combined electric and acoustic stimulation (EAS), hearing preservation with cochlear implantation and speech perception for adults and children with cochlear implants. She has published over 110 peer-reviewed papers and authored a book now in its 2nd edition entitled “Cochlear Implant Patient Assessment: Evaluation of Candidacy, Performance, and Outcomes.” 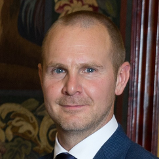 Dr Rubinstein received ScB/ScM degrees in Engineering at Brown University in 1981/83.  He received an MD and PhD in Bioengineering at the University of Washington  in 1987/88.  He completed postdoctoral research training at MIT and residency in Otolaryngology in 1994 at the Massachusetts Eye and Ear Infirmary.  He completed a Neurotology fellowship at the University of Iowa in 1995 staying as Assistant then Associate Professor of Otolaryngology and Bioengineering.  In 2003/04 he was the Boerhaave Professor at Leiden University, the Netherlands.  He is currently Virginia Merrill Bloedel Professor of Otolaryngology and Bioengineering and Director, Bloedel Hearing Research Center, University of Washington.  He has been President of the American Auditory Society and the Association for Research in Otolaryngology.  He is a member of the Collegium Otorhinolaryngologicum, the American Institute of Medical and Biological Engineering as well as a Senior Member of the Institute for Electrical and Electronics Engineers.  He is president-elect of the Politzer Society.  He has published over 140 peer-reviewed articles in both clinical and basic science journals and has mentored 18 predoctoral and postdoctoral trainees in basic and translational research, as well as providing clinical training to a large number of otolaryngology residents and fellows.  He maintains a surgical practice at both UW Medical Center and Seattle Childrens.  His laboratory studies models of, signal processing in and perception with cochlear implants, and the development of a vestibular implant.